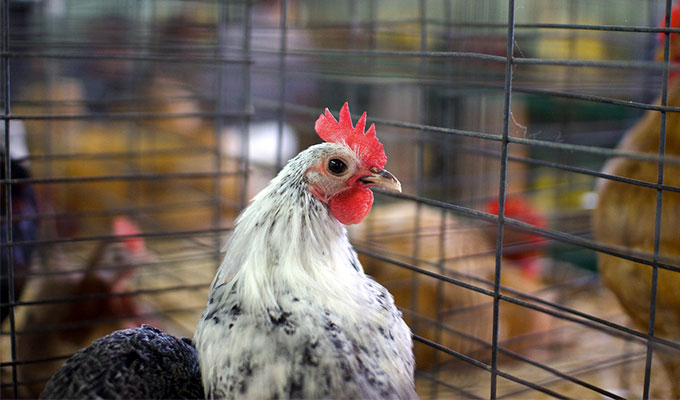 A few years back, I drove down to the Outer Banks in North Carolina for a week of much needed relaxation. Because I lost the charger for my GPS, I was forced to rely on the Google Maps directions I quickly scribbled down the morning I left. The directions proved difficult to follow when I ventured off the highway in Maryland to pick up a few friends from college who would be coming down with me. Despite the frustration of navigating an unfamiliar area with very basic and somewhat vague directions, I found myself in high spirits because later that day I would be relaxing on the beach without a care in the world.

After stopping at a gas station for directions, I was told that I was not too far off. Armed with even more directions, written down on a paper bag this time, I took off down a long back road through the small town. A few miles later, I was stopped at a red light. In front of me was a large, mid-90s Ford Crown Victoria which was obviously a decommissioned police car based on the faded white and black paint job and the residue that was left behind in areas where the lettering was scraped off. In front of this boat of a car was a massive truck stacked with cages and cages of live chickens.

As I checked my directions while waiting for the light to turn, I looked up and noticed the man that was driving the Crown Vic now had it in park with the trunk open as he walked towards the chicken truck. A moment later I was absolutely shocked to see the man pulling chickens out of the cages, calmly walking back to his car, and throwing them in the trunk. He repeated this two times before a large man emerged from the right side of the truck’s cab and started yelling at the chicken thief as he walked towards him.

After the trunk was shut on the half dozen or so chickens inside, and as the driver of the car quickly got back in, I realized he was none other than actor Bill Murray! In a cloud of dust he made a frantic three point turn, and started to drive in the opposite direction, slowing down only momentarily to say to me “No one will ever believe you” before flooring it over the horizon.