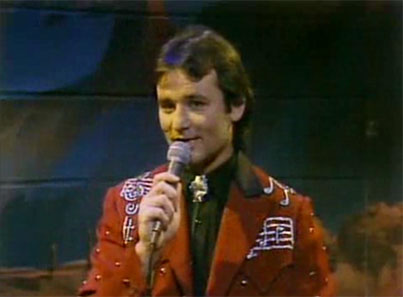 Around 1985 or 86, when I lived in New York City, I went by myself to see the movie Stop Making Sense featuring the Talking Heads. Afterward I headed towards home, walking along something like West 57th in Midtown. And the streets were fairly deserted. I saw a man walking by with his arms around two women. I didn’t really take any notice until after they’d passed, when I heard him sing “Tonight we’re gonna party like it’s 1999” sung in the lounge lizard style Bill Murray used on SNL. Then, as I looked over, I recognized him from his walk and build, though I never saw his face. There is no doubt in my mind, however, that it was The Man Himself.