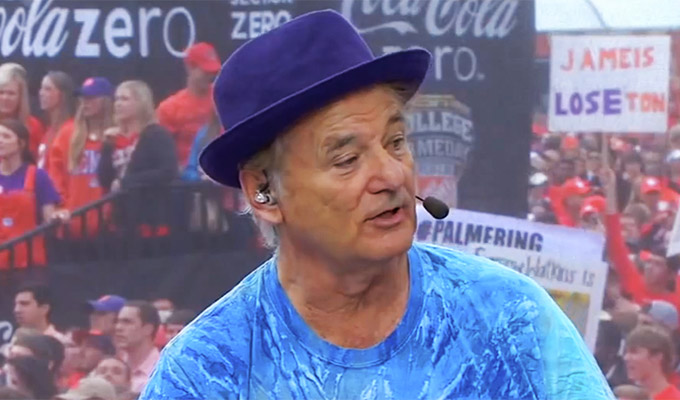 The date was October 19, 2013. It was a foggy morning in the small, but loud, town of Clemson, South Carolina. It was a typical Saturday morning for this time of year – full of tailgating in anticipation for the local football team, The Clemson Tigers.

The matchup was against the Florida State Seminoles, and both teams were top ranked, Clemson third and FSU 5th. ESPN GameDay had made its way to campus to showcase the game. They picked Bill Murray as the guest speaker, since Murray’s son Jackson attends Clemson; I’ve even had classes with him. We all saw Murray ruin Corso’s pick reveal on Gameday, but the cameras missed Bill’s best moment of the day.

Later, as I was walking around Bowman Field I say Murray over near the road. As I approached I noticed a young college girl covered in Seminole attire walk over to Murray and hand him an FSU themed football asking if he would sign it. Murray took the football from here, said “Go Tigers”, PUNTED the football over the road into a big group of bushes, and ran off. It was single-handedly the funniest thing I have ever witnessed!