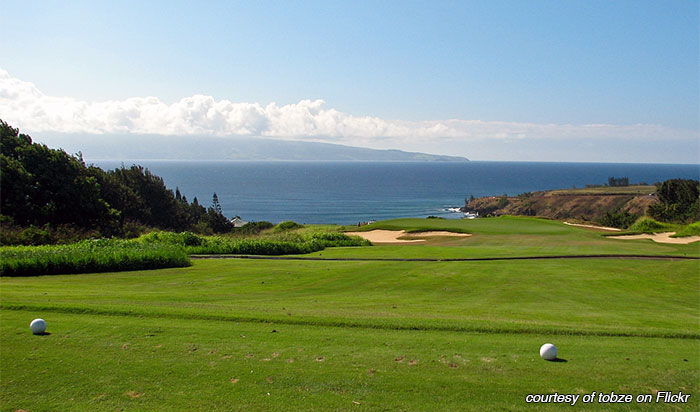 We’d like to thank Ray Bolognone for sharing this story.

This was back around 2001-2002; I was at the Bay course in Kapalua Maui at a golf outing and, low and behold, saw Bill Murray teeing off on #1. So I followed Bill, along with maybe 20 other people. He was wearing his typical Bill Murray golf attire, shorts, baggy shirt, and a hat that had openings on both sides. His hair was sticking out of both sides.

A few holes in, Bill noticed a wedding taking place at the chapel off of the 3rd hole. Bill said, “Look a wedding”, “I think we’re all invited.” So we all followed Bill over to the wedding. The wedding guests, who happened to be Japanese, were are all outside the chapel taking pictures.

Bill walks right over to the bride and groom, takes the bride in his hands, leans her over and sorta kisses her, stands her back up and says, “There, now she’s all warmed up for you.”

Everyone was in total shock, just staring at this crazy-looking American. Slowly the photographer whispered something to the bride and groom, and then they looked at Bill and said “Ahhhh Caddyshack! Caddyshack!” Then all the guests started saying “Caddyshack”, over and over as Bill turned to each side and gave a big Broadway-style bow. It was great!

As we walked away from the wedding party, I said, “Man you can get away with anything!” to which he responded “Yep, just about.”