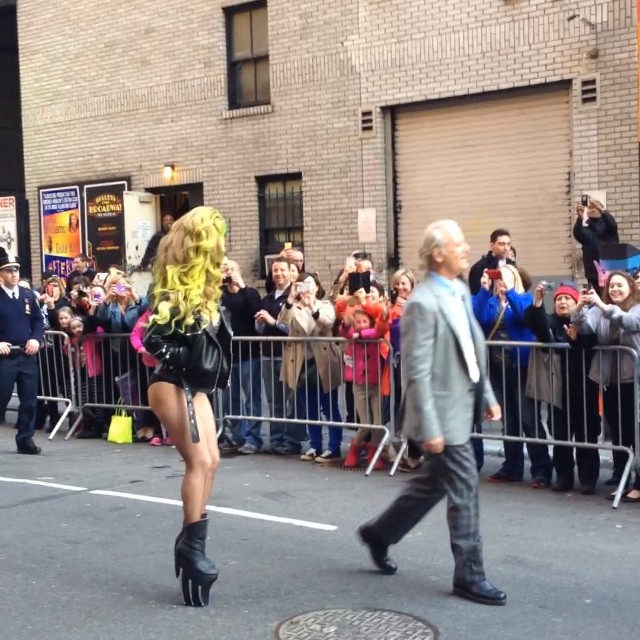 My friends and I were waiting outside of the Late Show with David Letterman in NYC for Lady Gaga who was a guest on the show. We weren’t quite sure where to stand to get the best chance to meet Lady Gaga so we were just roaming around. We were all just chatting when an older man in a baseball cap asks my friend, “Hey what does the back of your hat say?”

As I turn to look to see who was asking this question I realize I’m looking at Bill Murray. Completely shocked and caught off guard as my friend is answering Bill (the hat said The Headless Horseman), I say, “Bill would you mind taking a photo?”

He starts walking away and says, “No, you weren’t quick enough.” He entered the Late Show studio, where he was a surprise guest, while my friends and I just stared at each other wondering if that really just happened.

A few hours later, Bill and David did some taping outside for a segment on the show. Bill was on a megaphone yelling directions and jokes at the crowd.