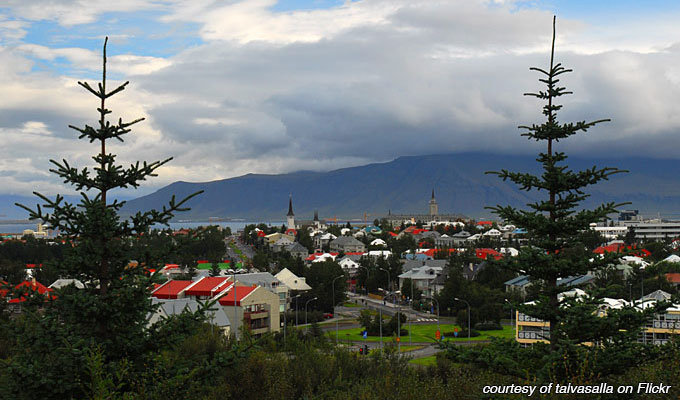 We’d like to thank Brad Freeman for sharing this story.

It must have been sometime in early January of 2008 that I traveled to Reykjavík, Iceland for an international Judo tournament. Being there for a competition rather than on holiday, I had the pleasure of seeing little else in Iceland outside the hotel and tournament arenas. I was in the best shape of my life, and at 5 feet 11 inches tall, I was competing at a very slender 145lbs.

One late night in the hotel, I found myself in a small sauna trying to shed water-weight for next morning’s weigh-ins. I must have been in the hot wooden room for a couple hours before a man entered wearing a towel about his head not unlike a turban. He took a seat in the hot box, and it took a few minutes before it registered that I knew this man. It felt as though I must have stared at him for a bit before timidly asking, “You’re Bill Murray, right?” He took a moment and then responded in typical Murray fashion with a “Yeah… that seems about right.”

We chatted for a while about this and that, for a very hot and surprisingly long time about nothing of much consequence before the lights went out. “Well, I guess that’s our cue” he said, getting up as we readied to exit tiny wood room. “It was really nice meeting you” I said. “Same” he replied. It was late and we both retired to our respective rooms. Wow… what a thrill it was—and random at that—to have met Bill Murray in Iceland!

Cut to 2012, four years later: I was working for a non-profit in Brockton Massachusetts, where, coincidentally, Bill Murray was part owner of the local baseball team, the Brockton Rox. I was no longer involved in competitive Judo at this point in time, so I was comfortably around 175lbs. Not overweight, but still a good thirty pounds heavier than I’d been back when I was competing.

I was at a game with my girlfriend and at about the eighth inning of the baseball game, I happened to encounter Bill once again out and about near the concessions. “Bill” I shouted, running up to him as though we were long lost best friends. “You probably wouldn’t remember me, but we actual met several years ago…” And he cuts me off. “Boy did you get fat!” he cried with a jovial laugh. In hysterical laughter, I couldn’t help but appreciate the irony of in insult that made me feel flattered and somewhat over-joyed just to have been remembered by a man that meets so many fans every day.

Blunt, friendly, and fucking hilarious. This is the story of my having had the pleasure to meet Bill Murray—twice! But then again… probably no one will ever believe me.