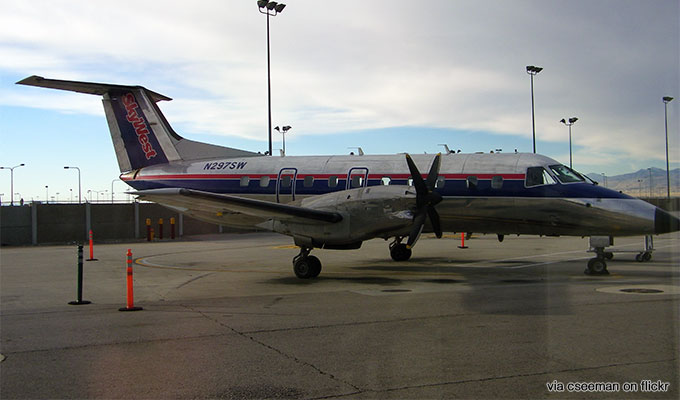 Over 5 years ago I worked for an airline that is notorious in SLC for making you walk outside to your plane. Sometimes we would run out of parking and have to do what we called “Bravo” parking (basically parking a plane behind another plane).

The passengers then would have to walk out on the tarmac and then up the stairs of the aircraft. Obviously this is a safety issue so, as employees, we would station ourselves outside to provide guidance to the passengers and to keep them from being run over by tugs.

One day while we were boarding a flight – I believe it was going to Aspen – I saw a male passenger walk outside towards me. He wore a Hawaiian shirt and very loud golf shorts. I wondered, “Who dresses like that?” As the passenger got closer, I realized Bill Murray dresses like that.

In a moment of stupor I did the only thing I could think of to do… I saluted him. No idea why. It just happened. He turned up an eyebrow at me as he walked by, and I kind of shrugged like “yeah, I don’t know either”, and he continued to board the plane.

As I stared at the plane – wondering why on earth I had just saluted Bill Murray– I noticed movement at the aircraft door. A moment later, Bill Murray stepped out of the plane and saluted me back.