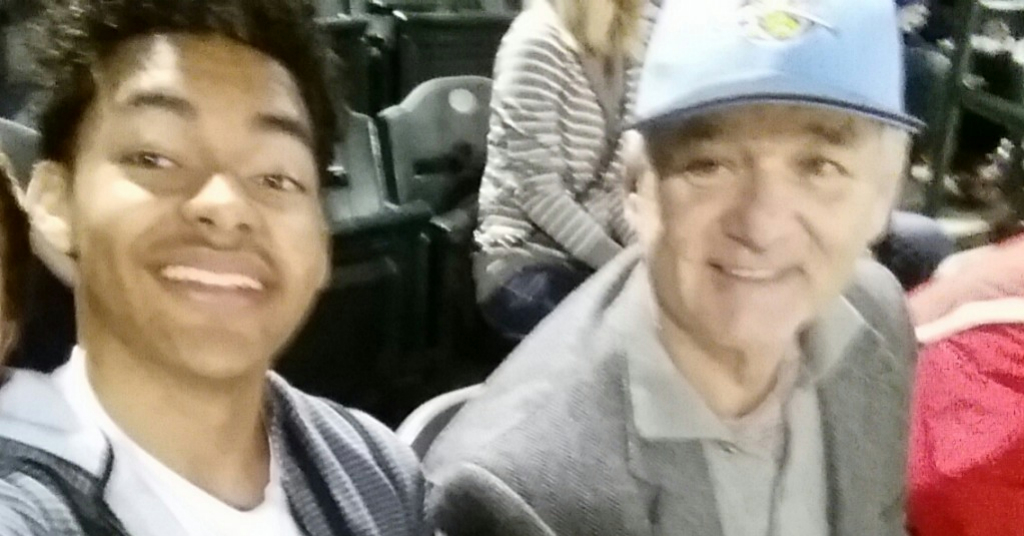 We’d like to thank Dujuan Thomas for sharing this story.

My ROTC group was in Charleston, SC for a trip. We went to the RiverDogs game and after a while I decided to wander around. I was about to take a panoramic picture of the stadium when someone said Bill Murray had just walked by. I told my friend and we went off to find him.

After a few minutes, we saw him sitting near the team’s dugout. By then, I was super excited! I was like “it’s Bill Freaking Murray!!” After watching some guy go down and talk to him, I finally gained the nerves to go down myself. I came beside him and said, “Hey Mr. Murray, sorry to intrude but I had to meet you.” He said “it’s alright, sit down with me the batter’s up.”

So I sat and we conversed about stuff. I told him where I was from and he said, “Oh I know Paducah” and went on to sing a song from the 40’s – “Paducah, Paducah, you can rhyme it with bazooka if ya’ wanna. But don’t boo boo Paducah, its another word for paradiiiiise!” So that was cool.

After talking about acting and theater and things I gave him my acting business cards and he said “I can give them to some casting directors”, so that’s a one up! After that we shook hands and he asked my name, I told him and he said all right, good talking to you. Later I walked past him again and he said, “You’re going to do great things.”

7 thoughts to “Bill Sung about My Town”