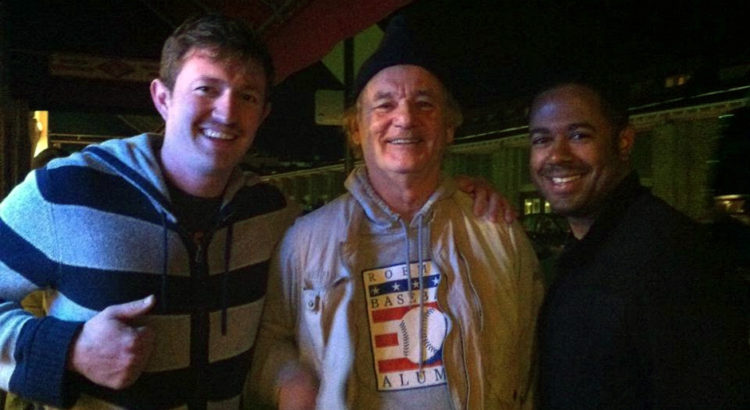 We’d like to thank James Hendel for sharing today’s story.

I was in Charleston for pre-deployment training before going to Afghanistan in 2014. My buddy and I were walking down the street to a friend’s birthday dinner. I was looking at Google maps and my buddy slaps me on the shoulder and said “was that Bill Murray?!” I turned around and said “is who Bill Murr… that’s Bill Murray.”

He was trying to go to Ben and Jerry’s, but they were closed. He went a few stores down to a fudge shop and tried some samples. The fudge girl said the one he wanted was expensive, he said he’s got it. She had no idea who he was. Bill was with a woman who saw us looking and we pointed asking if that is… and she nodded.

We walked in and asked to shake his hand talked for a while about where we were going. He asked about the climate there, like if it was safe because he is thinking about doing a movie there. We are on the bomb squad, so he told us a story about meeting a guy with no legs.

We thought he would have a story about war or something but no, the guy was on his boat and got hit by another boat and it took his legs off. All I said was “man, that sounds like a pain in the ass.” and Bill let out a chuckle that warmed my spirit. We got a picture and then people started noticing and he escaped. Best 15 minutes of my life and well worth being late to dinner.

One thought on “I Made Bill Murray Laugh!”