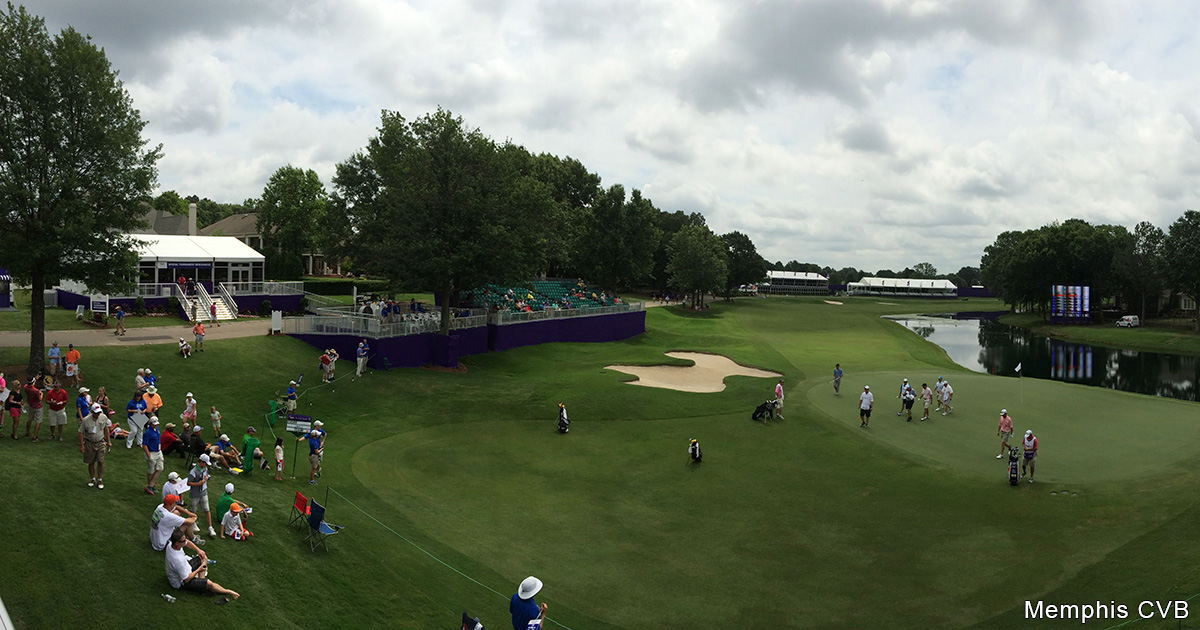 We’d like to thank Mitch Henderson for sharing this story.

This is how I remember it. It was May 2005 and the Memphis humidity had begun its flow onto the TPC at Southwind. Having heard that Bill Murray was playing in the FedEx St. Jude Classic Pro Am I decided to try my luck in getting an autograph for my 10 year old who was enamored with Bill. This was after watching “What About Bob” about 1,603,219 times.

With no ticket, no permission and little sense I went under the rope at the tee for the sixth hole, loped up to Bill without a pen or paper and asked for his autograph for my son.

He asked, “Where is your son?”

“A likely story. You want the autograph.”

“No. It really is for my son. He has watched ‘What About Bob’ so much I think he has worn out the DVD.”

“Well Mitch, I don’t do autographs.” I wasn’t sure if he was serious or just being Bill Murray and not wanting to linger awkwardly, I walked away towards the nearest building, somewhere between being bummed out and being elated having had a brief dialogue with Bill Murray.

While still walking, I heard Bill yell “Hey Mitch!” and turned around to catch a glimpse of him penning something on a golf ball and then he proceeded to throw it to me. Scurrying to get into a good position to catch it through the crowd, I was surprised to see some crumb snatcher do a sideways dive about five feet in front of me, catching the ball, and scurrying off. Bill saw the whole thing and my face must have shown my extreme dismay. He shrugged as if to say “Oh well, I tried.”

After relaying my story to some people, I was handed a souvenir tournament flag and a Sharpie coupled with encouragement to try again. I did. Somewhere on the fairway of the seventh hole, I caught up to him again and the growing crowd he was drawing. After what seemed like an eternity of trying not to look creepy and waiting for an opportunity to approach him, I finally stepped up.

“Too bad about the ball, Mitch.”

“I thought you said it was for your son. You’re going to sell it on EBay aren’t you?”

Bill took the flag and Sharpie and scrawled his signature on it. While doing so he told me he was going to be watching EBay to see if I was lying to him.

I thanked him and took my prize. My son was over-the-moon with excitement to get his flag.