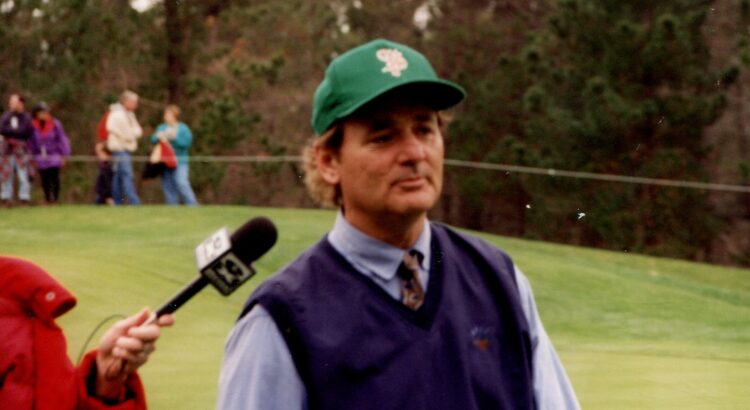 We’d like to thank David for sharing this story

But my favorite “Bill” moment was when he was walking off one of the greens with a reporter next to him with a microphone in his face. As they passed me by I heard her ask “What do you think of the new Kevin Costner movie, Tin Cup, which came out this year?” Bill’s deadpan reply: “Well, I still think I was in the best golf movie ever made.” Very few people heard this exchange, but I and my buddies did and had a good laugh later that night.

This was the year – the only year – that the Pebble Beach Pro-Am was cancelled due to weather.