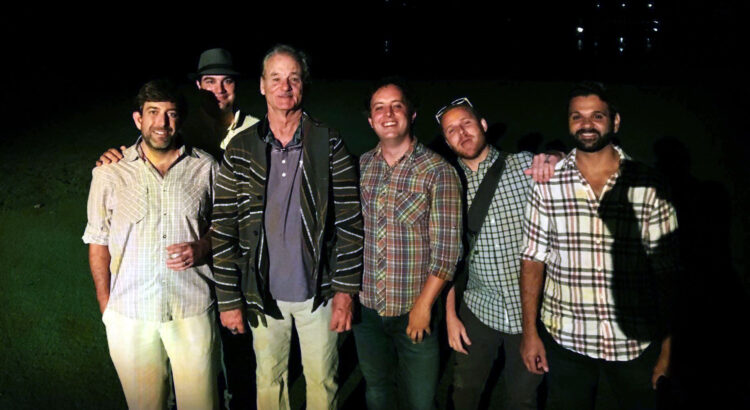 We’d like to thank Chadwick for sharing this story.

In September 2017 my band Moontower got to play a charity golf tournament kick off party in Atlanta. Earlier in the day we heard Bill Murray may show up. Towards the end of the first set some of the guys noticed him on the crowd. Pretty rad. He was out among the people and we were fortunate enough to get to hang with him and talk some for a bit.

He said he was sorry he missed our first set and was ready for the auction to end so he could see us. What a cool feeling. Before we went on he took a picture with us. During the 2nd set he rounded up all the ladies at the party to come down and dance. It was hilarious.

For a few songs he was out there dancing and having a blast. We started to notice he was going up to people who were filming or taking pics and taking their phones. Ha! He took one guys phone and threw it under the stage. Funny stuff. Soon after that, he vanished. A gig to remember.