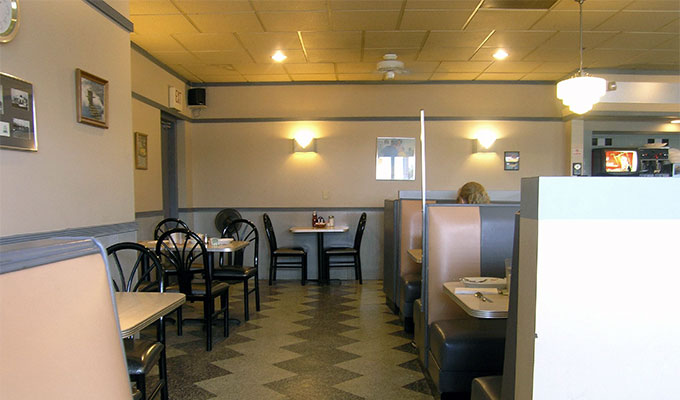 A few years back, I was traveling through New England on business. One morning I decided to eat at this nice little diner outside Portland. It was around 8am and I was sitting at the counter, drinking a cup of coffee and reading the paper while I waited for my breakfast to arrive. There were about a dozen or so people there, mostly chatting over their eggs and bacon or watching the local news on TV. It was an average morning at an average diner, until a man walked in and went directly behind the counter and into the kitchen.

He wasn’t dressed like the others who worked there, but I assumed he owned the place or was just stopping by to pick up his paycheck. After a moment the man emerged from the kitchen holding a Styrofoam take-out container containing a chaotic pile of eggs, pancakes, sausage links, and other breakfast foods obviously snatched from the kitchen. As he stood at the end of the counter struggling to close the container and put it in a paper bag, I saw the man was none other than actor Bill Murray! He turned to me as he was walking out the door and said, with a mischievous grin, “No one will ever believe you”.